The city of Scottsdale is named after its founder, Windfield Scott, a retired U.S. army chaplain. It is quite a “young” city, only being incorporated in 1951 with a population of 2,000. Now it has grown to over 250,000. But the area of North Scottsdale, which is commonly known as north of the 101 Freeway, was not developed until about the 1980s.

North Scottsdale, or its hipper name “NoSco,” is where residents live in the beauty and harmony of desert “wilderness.” There also lies the McDowell Sonoran Preserve, which residents walk and bike through the untouched desert landscape.

The largest concentration of luxury homes in Scottsdale lies in this section of the city, including some of Arizona’s most luxurious guard-gated subdivisions such as Silverleaf, DC Ranch, Estancia, Desert Mountain, Grayhawk and many others.

Residents enjoy the peace and serenity of nature, while still in reach of amenities such as the DC Ranch Shops, McDowell Mountain Ranch, world-famous golf courses and fine dining. 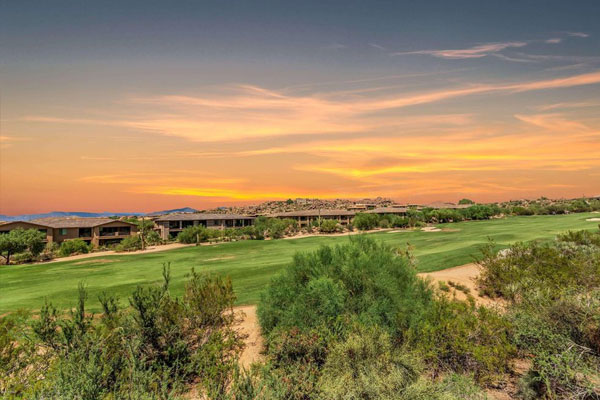