As its name describes, Paradise Valley is the crown jewel of the Valley. The area was first discovered on record in 1889, by three surveyors from the Rio Verde Canal Company. They were so taken by its beauty that they named it “Paradise Valley.” In 1961, the area was incorporated as the town of Paradise Valley. Since then, it has sheltered some of the grandest estates in Arizona.

This part historically was divided up into larger lots, which allowed for larger homes to be built. Now it has erupted into a place for old money and new money. Prestigious families have purchased homes here, as well as celebrities.

People not only like the area with great amenities and its centralized location, but also the schools, commonly referred to as the “Triple C” school district attract many families. This stands for Cherokee Elementary, Cocopah Middle, and Chaparral High School. 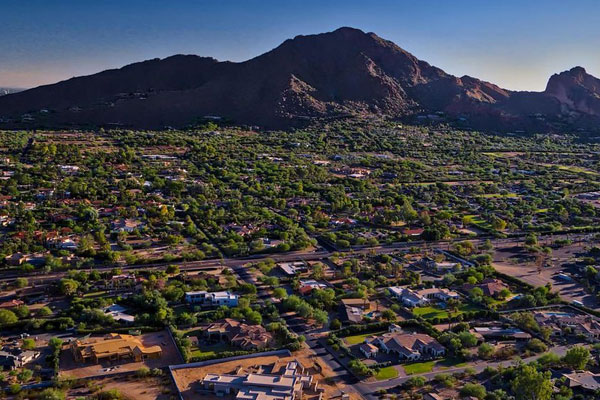